My struggle in cut-throat world of classical music, by violin prodigy Nicola Benedetti

My struggle in cut-throat world of classical music, by violin prodigy Nicola Benedetti 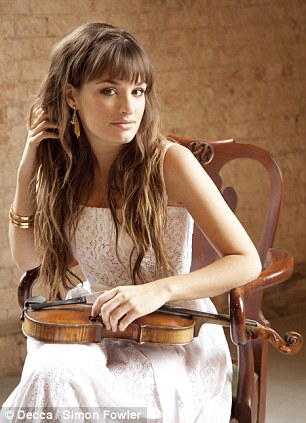 The violinist who became an overnight sensation when named BBC Young Musician of the Year today reveals how she struggled when plunged into an ‘extremely cut-throat’ world, writes Chris Hastings.

Speaking on today’s Desert Island Discs, Nicola Benedetti tells of the relentless demands placed on her at 16 – including 110 concerts in a year. She adds: ‘By the age of 17 or 18 I was going through a very tough time.’

Nicola, now 26, won the contest in 2004 and tells interviewer Kirsty Young that senior figures in the industry failed to help her even as it was clear she was riddled with anxiety and self-doubt.

She says: ‘I look back on it and I am slightly disappointed with a couple of experiences where  I felt someone could have been more advisory.

‘I think I did feel that some of that support wasn’t necessarily there within the profession. It is extremely cut-throat.’

Nicola signed a £1 million deal after winning the BBC prize and immediately embarked on a punishing performance schedule.

She says: ‘The Young Musician of the Year final happened and I think the next day my photo was on the front page of The Times and a practically full concert diary materialised within a very very short space of time.’

She was made an MBE in 2013, but says the workload hampered her progress as a musician.
‘It was actually far too much for that age and for the stage that I was at in my violinistic development… I actually wasn’t ready for that.

‘I knew I wasn’t fulfilling my potential at all. I knew I was going on stage underprepared, extremely nervous. I was trying to make sense of, “Why I am here? Why do I have all this opportunity? Do I deserve it?”.’

Despite her glamorous image, she says she and her boyfriend, German cellist Leonard Elschenbroich, have no interest in being the Brad and Angelina of the classical music world.

She says: ‘Glamorous is definitely not a word that I would associate with my life.’ 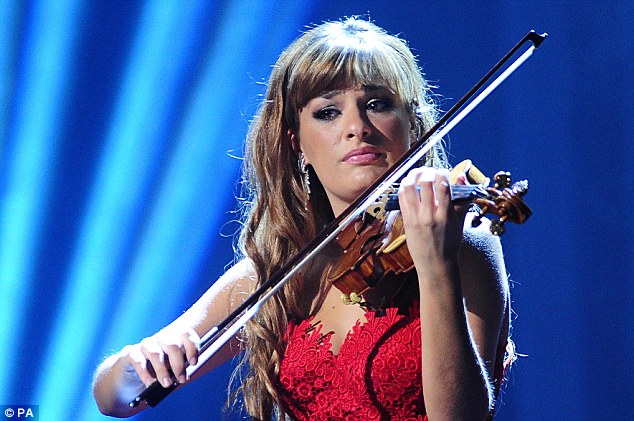