Looking for information about Composers?

Learn about some famous composers here.  You can find information for book reports or learn about the person who wrote the piece that you are currently playing.  We have facts including birth dates, full names, works written and even some great pictures.  Scroll through our composers listed below in alphabetical order by last name.

Johann Sebastian Bach was an organist, violinist, violist, and harpsichordist.  He was a great composer of the Baroque Period and wrote choral works, organ works, chorales and sacred songs, orchestral music, cannons and fugues, keyboard and harpsichord works. Bach wrote instrumental solos like his violin sonatas and partitas and his cello suites.  He also wrote duets, and music for small ensembles.

Wolfgang Amadeus Mozart was a pianists and a violinist.  He was a great composer of the Classical era and wrote solo concertos, chamber music, symphonies, opera, and religious music including large scale masses.  He composed for the first time at the age of 5 and had a very short life, dying at the young age of 35.

Ludwig van Beethoven was a pianist and a German composer of the Classical and Romantic Eras.  He wrote 9 symphonies, 5 concertos for piano, 32 piano sonatas, and 16 string quartets.  He also composed other chamber music and choral works. Beethoven was a virtuoso pianist who studied with Haydn. 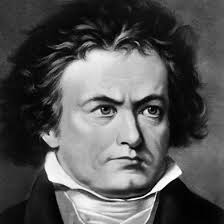 Joseph Haydn was a He was an Austrian composer of the Classical period who wrote concertos, masses, operas, piano trios, solo piano compositions string quartets, and symphonies.  In his early life Haydn enjoyed a career as a court musician for a wealthy family.