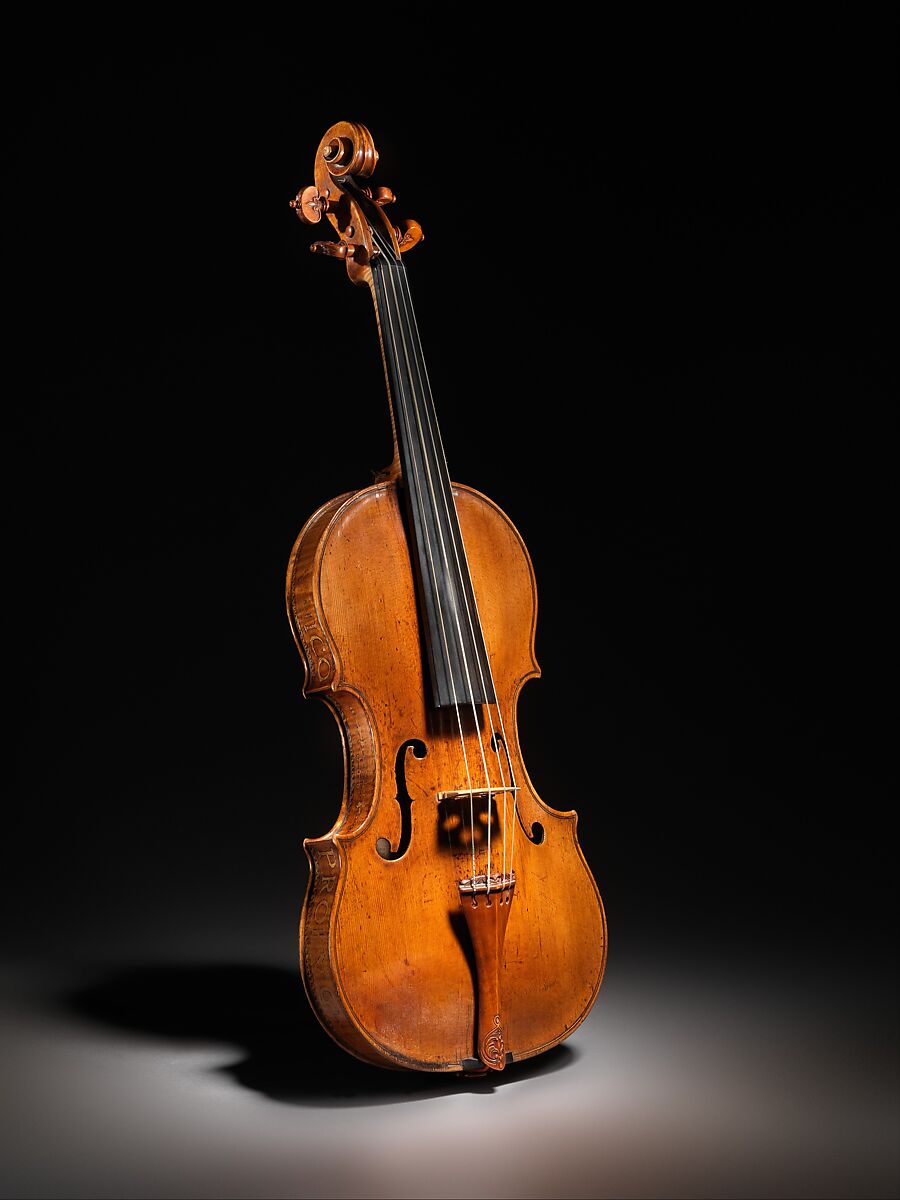 MILWAUKEE –  The mystery of what happened to a multimillion-dollar Stradivarius violin stolen in a stun gun attack was answered Thursday when Milwaukee police recovered the instrument and blamed the heist at least in part on an art thief who once stole a statue from a gallery and then tried to sell it back.

The violin, which was built in 1715 by the renowned Italian luthier Antonio Stradivari and valued at $5 million, was found hidden in a suitcase in the attic of a man who police said was unaware the instrument was in his home.

Three people have been arrested in the case, and Milwaukee Police Chief Ed Flynn said there was no evidence of other “shadowy” figures from the art world behind the theft.

“It appears we had a local criminal who had an interest in art theft and was smart enough to develop a plan for a robbery,” Flynn said. “Beyond that, we don’t know what his motive was.”

The violin, which police said appeared to be in good condition, was stolen late last month from a concert violinist who was shocked with a stun gun. His attacker grabbed the violin and hopped into a waiting vehicle.

Police traced the stun gun to Universal Knowledge Allah, a 36-year-old barber, while a citizen’s tip led them to Salah Jones, the 41-year-old man convicted of stealing a $25,000 statue from a gallery at Milwaukee’s posh Pfister Hotel in 1995. Officers had the men under surveillance before arresting them Monday, along with a 32-year-old woman police have not yet identified.

Police also have not said what role each suspect had in the heist.

Milwaukee District Attorney John Chisholm said Thursday that he expected to charge at least one of the suspects Friday. He said charges were delayed while prosecutors negotiated with one suspect for the return of the violin.

The suspect led police Wednesday night to the home of an acquaintance, who had allowed the suspect to store a suitcase in his attic.

It’s not clear what the suspects planned to do with the violin. Such high-value instruments are almost always well-documented with photographs and easily identified, said David Bonsey, a New York-based violin maker and appraiser who appears on the Public Broadcasting Service’s “Antiques Roadshow.”

“There’s virtually no place that a violin like this can be taken and fenced,” Bonsey said. “You can’t take it to a pawn shop.”

Some art collectors will buy stolen objects that they keep hidden for their own enjoyment, Bonsey said. But Flynn said there was no indication in this case of “shadowy figures in the art world that were trying to purchase this” violin.

The violin, known in musical circles as the “Lipinski” Stradivarius because it was once played by Polish violinist Karol Lipinski, has been appraised for insurance purposes at $5 million.

It has value as a musical instrument and as a work of art, Bonsey said.

The violin is “part of a body of work from someone whose work just cannot be imitated,” he said. “A lot of people do sculptures, but there’s only one Michelangelo and there’ll never be another one. There’s never going to be another Stradivarius.”

Experts estimate 600 to 650 Stradivarius instruments remain — about half of what the master produced.

One of the most famous is the Gibson Strad, now owned by virtuoso Joshua Bell. It was stolen from Carnegie Hall in 1936 and not found until the violinist who stole it died in the 1980s.

FBI special agent David Bass, an expert in art crime, said Stradivarius thefts are reported every few years but most instruments are found — some quickly and in good condition.

A Stradivarius stolen from a South Korean musician in 2010 while she ate at a London sandwich shop was found about three years later at a property in central England. Three people were convicted in that theft.

The Lipinski Stradivarius was taken from Frank Almond, concertmaster for the Milwaukee Symphony Orchestra, as he walked to his car after a Jan. 27 performance at Wisconsin Lutheran College.

Mark Niehaus, the orchestra’s president and executive director, said the instrument appeared in good shape, but Almond, who also teaches music at Northwestern University in Evanston, Ill., was out of town and still needed to inspect it.

The violin was on loan to Almond by its owner. Such arrangements are common in classical music in part because most artists can’t afford instruments worth millions of dollars. The owners benefit as well because use keeps the instruments in good shape and can add to their value.

“When famous people play these instruments it builds what we call the instrument’s provenance,” Bonsey said. “It adds to the value of the instrument down the road.”